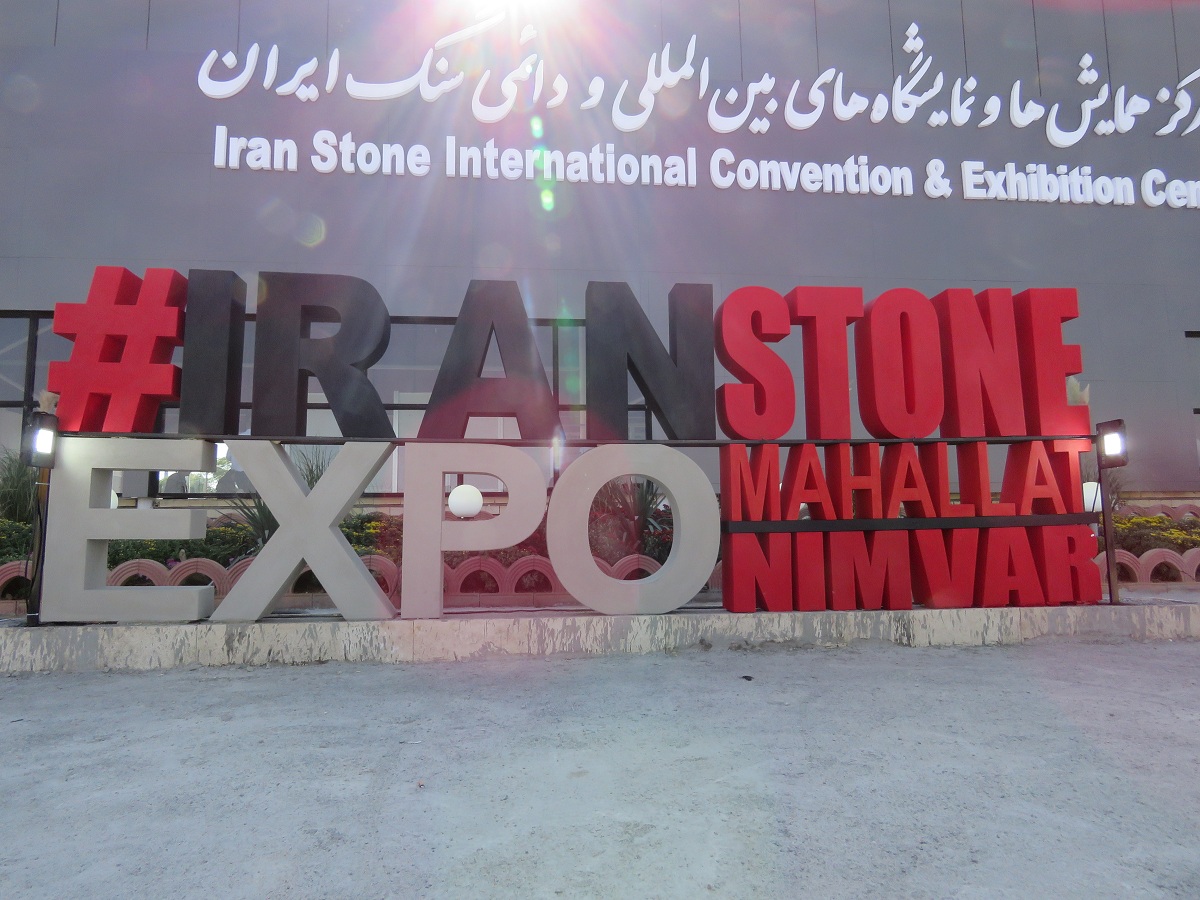 Iran International Stone Exhibition is the country's largest and largest stone industry exhibition. The exhibition space is designed exclusively for the stone industry of the country and there is no need for the exhibitors to demolish their booths after the fair and rebuild it at a later date. Exhibitors can build a year-round booth at the fair and use it for several consecutive years. Given the enormous cost of building the booth, this benefit is a huge financial help to people who want to attend the exhibition every year. They will reduce their costs by several times.

There are about 300 stone crushing plants and 150 mines in the suburbs and suburbs, all of which use mining machinery and equipment. Some of the other mines around the country are also run by local miners in Mahaleh and Nimar. The miners of Mahallat and Nimar are the largest and most skilled miners in the country. All production units related to the stone industry in the country can attend the exhibition to provide the necessary platforms for the sale of their products.

Due to its location in the center of Iran and close to several rocky provinces of Iran such as Isfahan, Tehran, Lorestan, Qom, Zanjan and ... It hosts a large number of visitors and enthusiasts of the stone industry every year. The number of visitors to this exhibition has reached 50,000 in some periods.

The large space of the exhibition and its location in the city allow exhibitors to get many services at half the price of big cities.

Due to its large space and large enough space, this exhibition has become the largest rock showroom in Iran and all those interested in Iran's stone industry and around the world will be able to see a collection of the best Iranian rock in four days.

It is the best place to trade. Many people who were planning to sell their mine or factory were able to achieve this at the fair.

Due to the importance of the exhibition, senior officials of the country's mining and trade industry attend the opening ceremony of the exhibition and other events each year. Many stone industry activists will have the opportunity to discuss their problems with the authorities within four days.