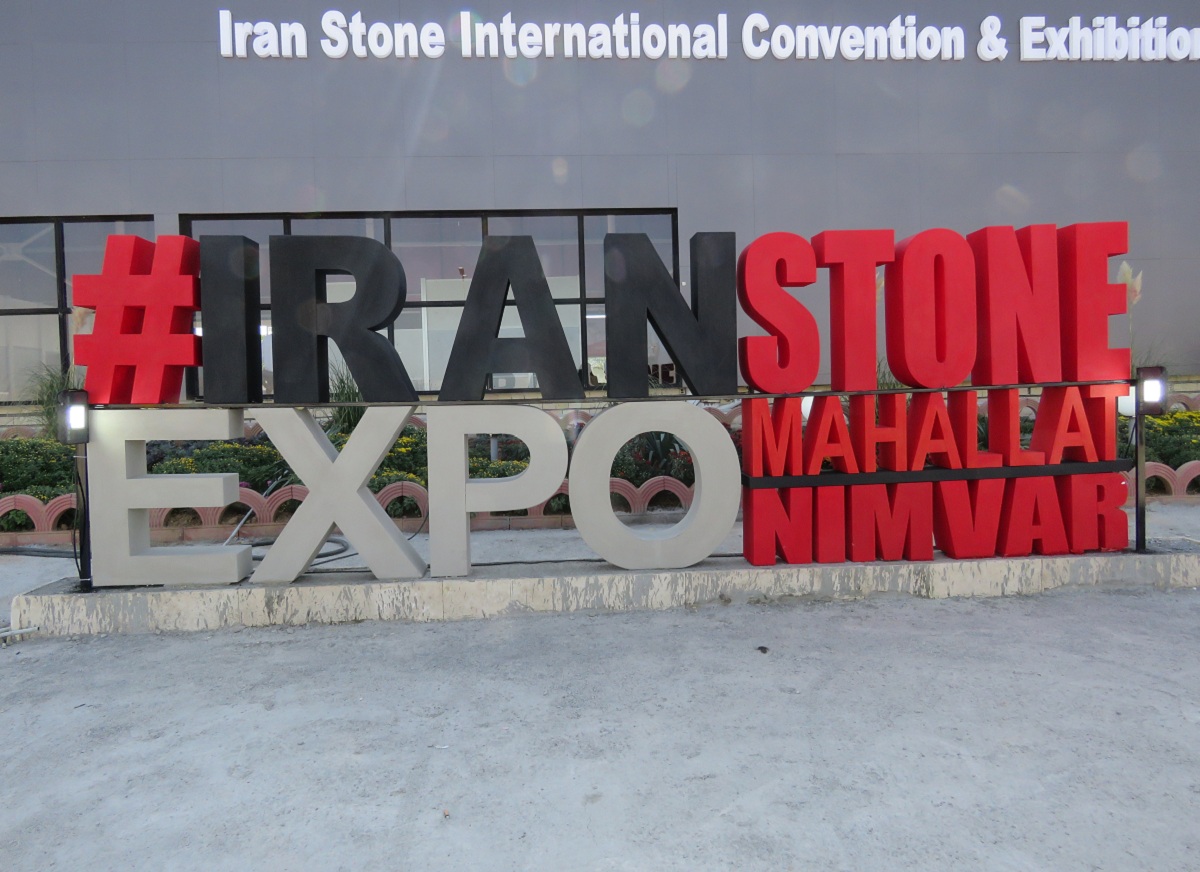 al location in the center of Iran and the large area defined for it, the Iranian International Stone Exhibition has the potential to showcase the finest and most beautiful stones of the Iranian Copper. The exhibition has provided the opportunity for newly established mines to display their extractive stones and find new customers for their stones. Every year almost all the copy stones displayed at the fair are sold. Almost all the miners who exhibited their stones at the fair are pleased with the sales and welcome of the stone industry.

The best processed rocks in Iran 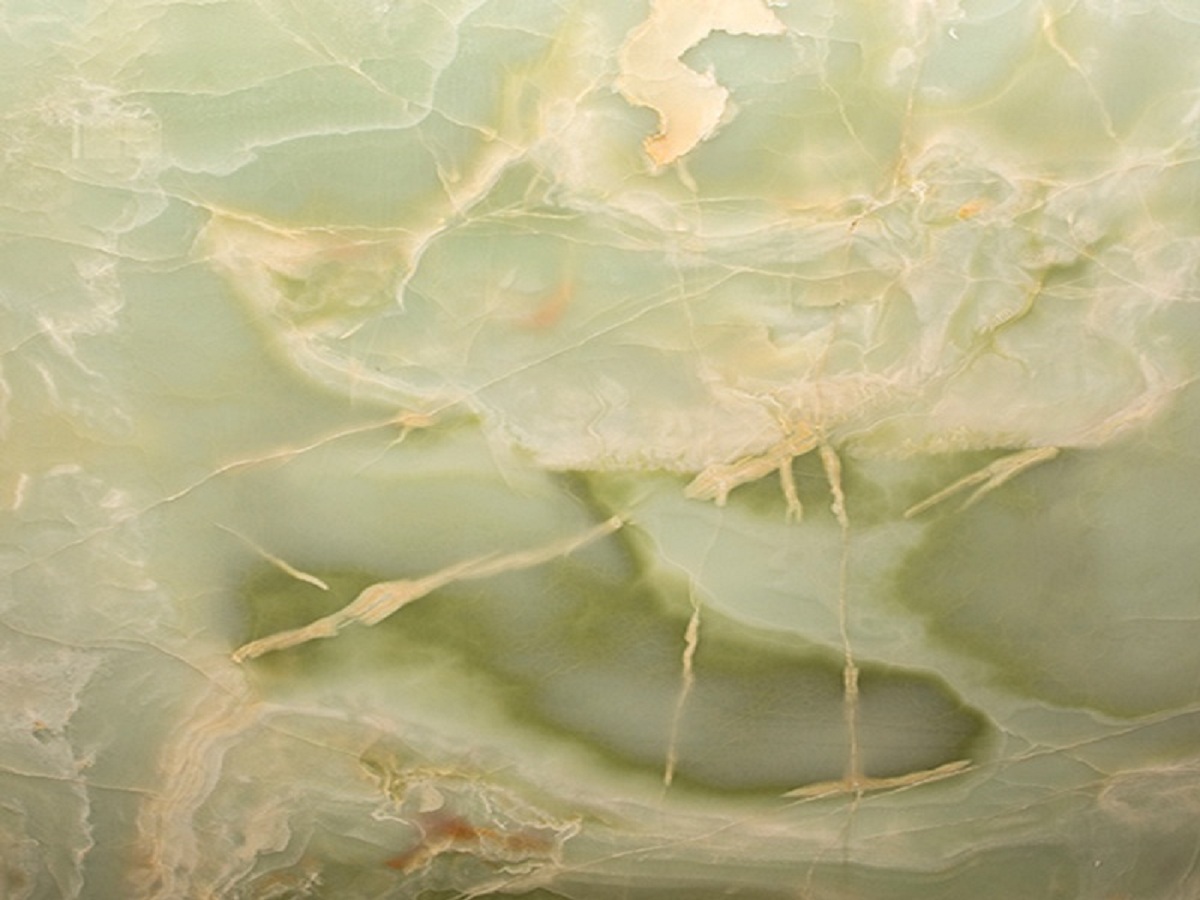 The Iranian Stone Exhibition for processed stones is considered to be a two-story covered hall with two large Iranian exporting mills, often exported, displaying their processed stones. Anyone who buys decorative stones by visiting this exhibition can easily find the stones they need at the lowest price. Iran Stone Exhibition has become the most important processed Iranian stock exchange after several holding periods. This is the best opportunity for international businessmen.

The best machinery and apparatus associated with the stone industry 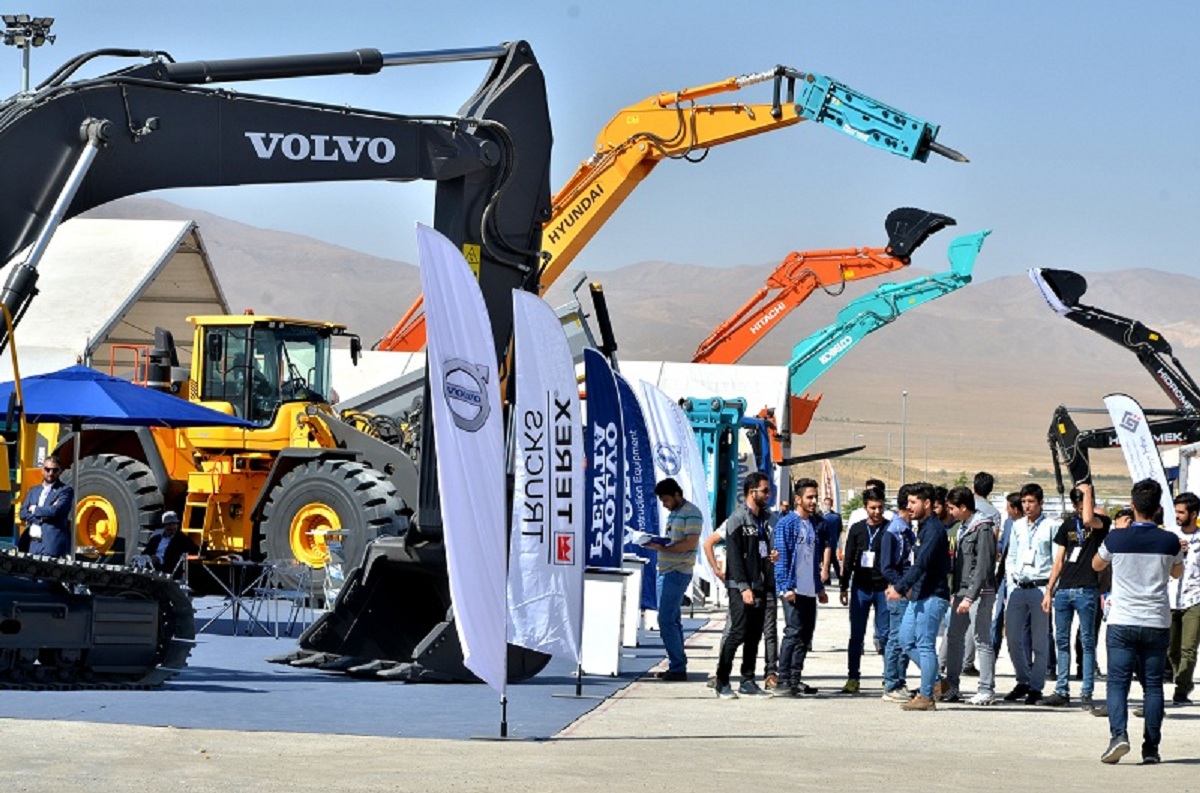 Neighborhood City and Nimar City is one of the most important hubs in the stone industry. There are about 150 important mines in the area and more than 300 quarrying factories in the area. Mining and quarrying factories in this area are one of the most important consumers of mineral machinery and machinery, so it is important that every year, along with the Iranian stone exhibition, almost all manufacturers and importers of machinery and equipment related to the stone industry in The exhibition is there and they showcase their products. 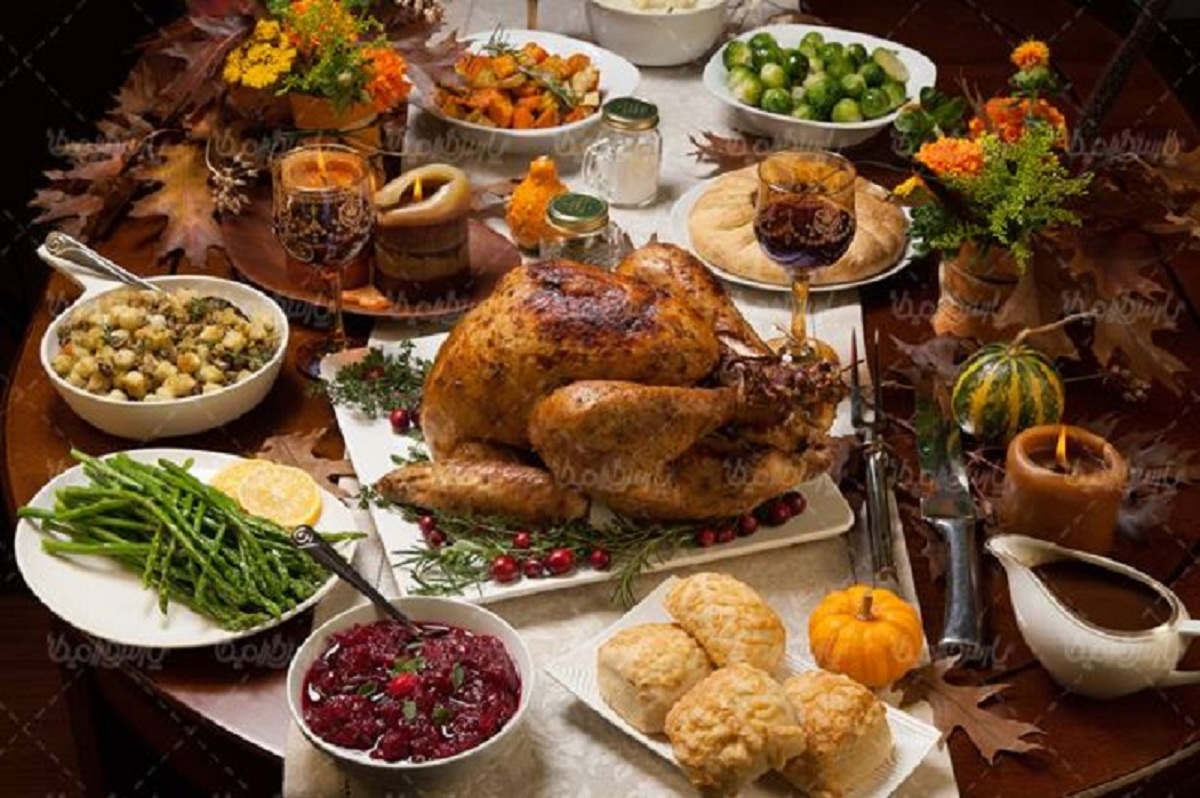 Iran Stone Exhibition invites the best restaurants in the region every year to offer its customers the best food and service in four days. To accommodate the participants, a large restaurant has been built at the Exhibition Center, which will be much larger in the near future and increase in amenities. There are also trendy restaurants in the neighborhoods of Mahallat and Delijan and Nimar with very good and reliable food that enthusiasts can enjoy. 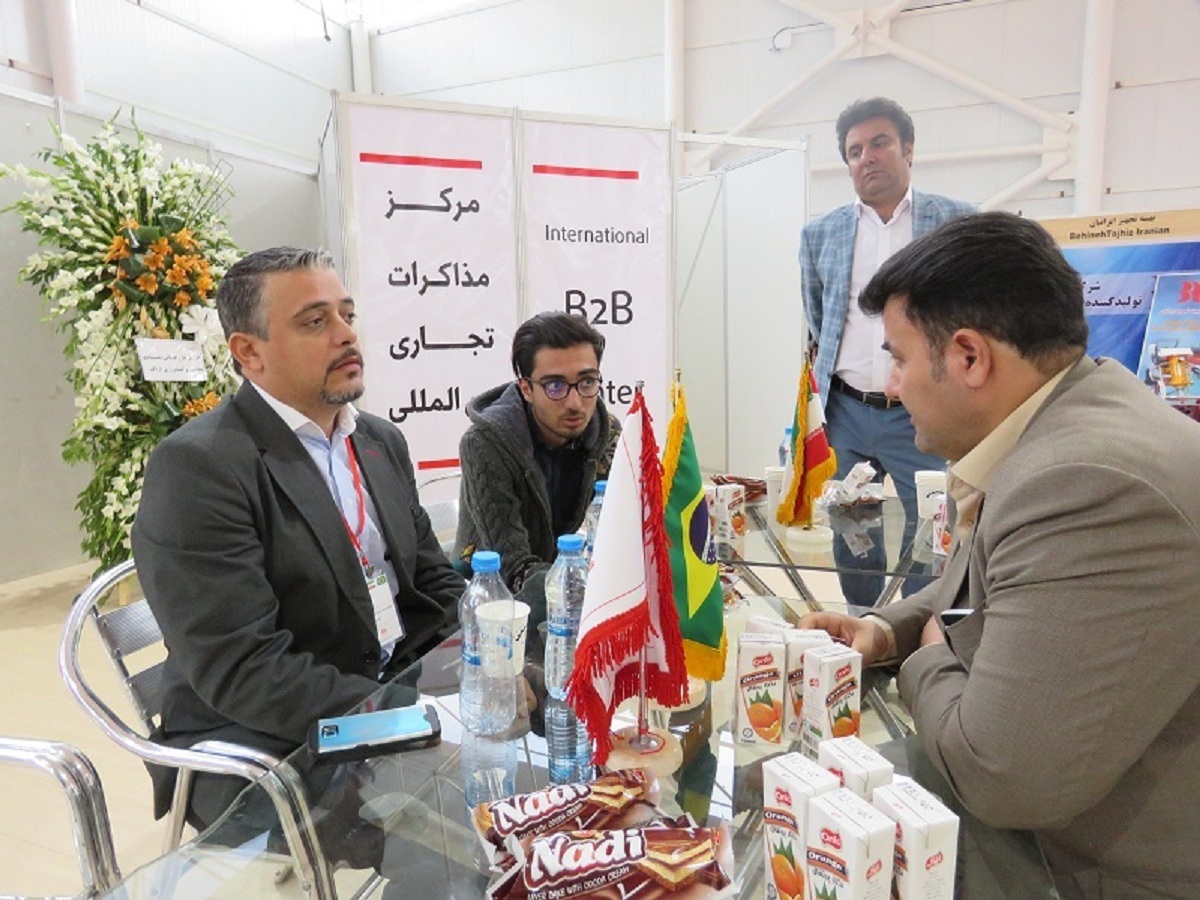 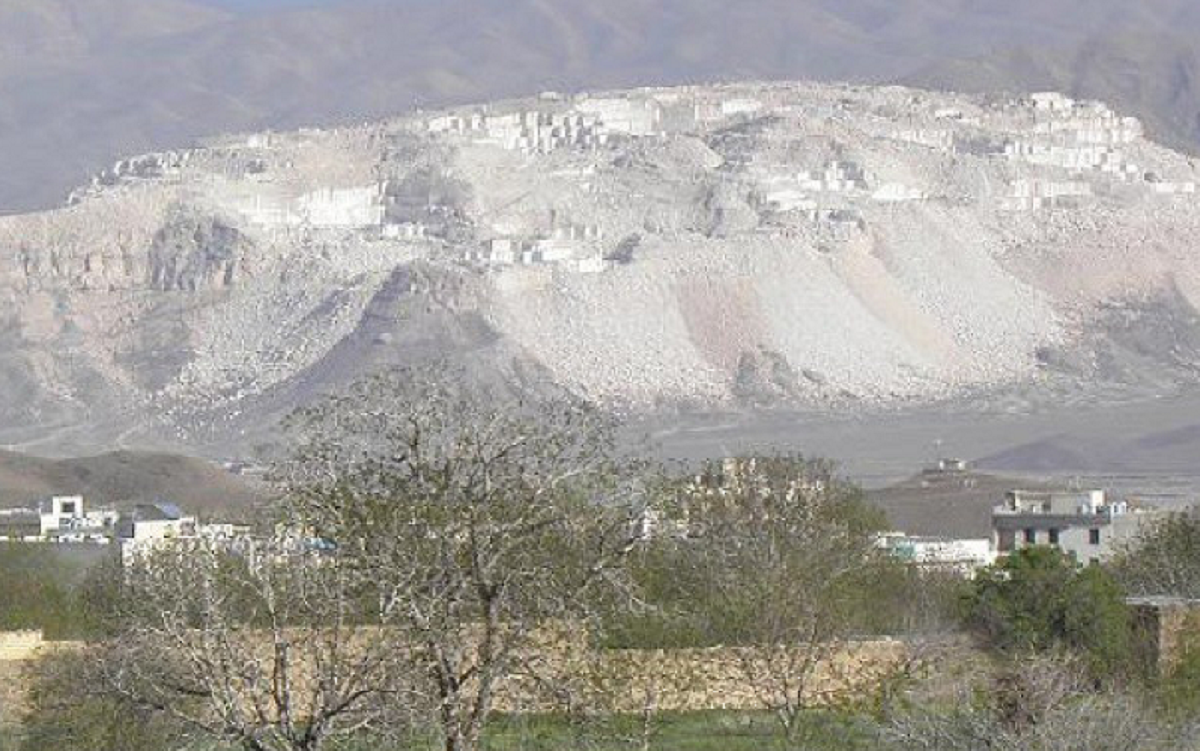 Abbas Abad travertine mines, Atashkouh, Haji Abad, Dareh Bukhari, Spa and ..... which are almost the best travertine quarries in the world, are the main source of income for the indigenous people of Mahallat and Nimar. About eighty percent of the people in Nimar City are active in the exploration, extraction and processing of stone. In addition to travertine, there are other marble and marble in the area. Many of the existing stone mills in Iran provide the stone crop from local and semi-mining mines. The miners of Nimar City and Mahala are the most important and influential stone miners in the country. Some of the main mines of this city are: Abbas Abad Travertine, Atakoh Travertine, Fluorine, Barite, Lead, Red and Chocolate Travertine, White Mountain Travertine, Freijan Travertine, Golshchameh Travertine, Canberra Travertine, Bukhari Travertine, Haji Abad Travertine And black marble. Around 300 stone mills are located in Mahalat and Nimar, approximately 100 units of which are equipped with sawmills and modern machines. 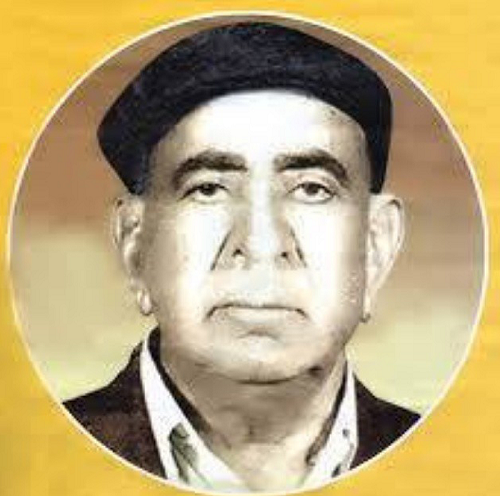 In addition to its historical location, the Atashkouh Fire Temple near Nimur is Iran's largest export of decorative travertine. The mine was discovered by Ghanbar Rahimi, known as the father of the Iranian rock. The stones used in the Azadi Square in Tehran, as well as the shrines of Prophet Abbas and Imam Hussein in Karbala, have been extracted from the mine and have been given a gift as a gift by the master. The statue of Lord Ghanbar is currently on display in an Italian city square as the father of Iran's rock. Ghanbar Rahimi has spent most of his life in Nimar and Mahallat, and many people in Iran know him by their two cities. Born in 1297 in the village of Bidashk (Borkhar and Meymeh) in Isfahan province, he is a discoverer of large mines such as Abbas Abad Mahallat, Jushghan Marble Mine, Qusan Marble Mine, Chinese Azna, Dorijan Dorood. 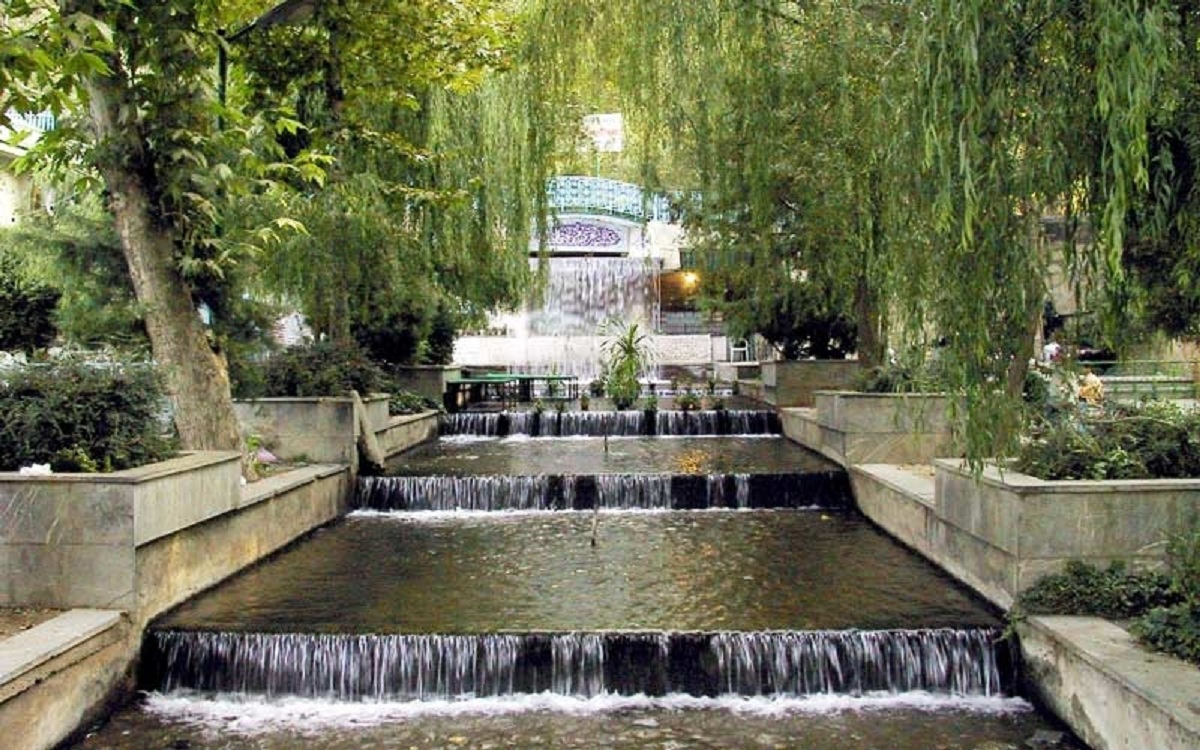 One of the most popular and popular natural attractions in Mahallat city is the source of one of the hottest springs in the central province and located at the highest point of the neighborhood. The importance of this natural phenomenon has been the focus of attention from the past to the present day, as it has been supplied with potable water and has become one of the tourist attractions of the neighborhood. The beautiful park is surrounded by this lovely place, beautiful water fountains, old sycamore trees, rocky highlands overlooking the fountain and numerous trees are other features of this natural tourist attraction. 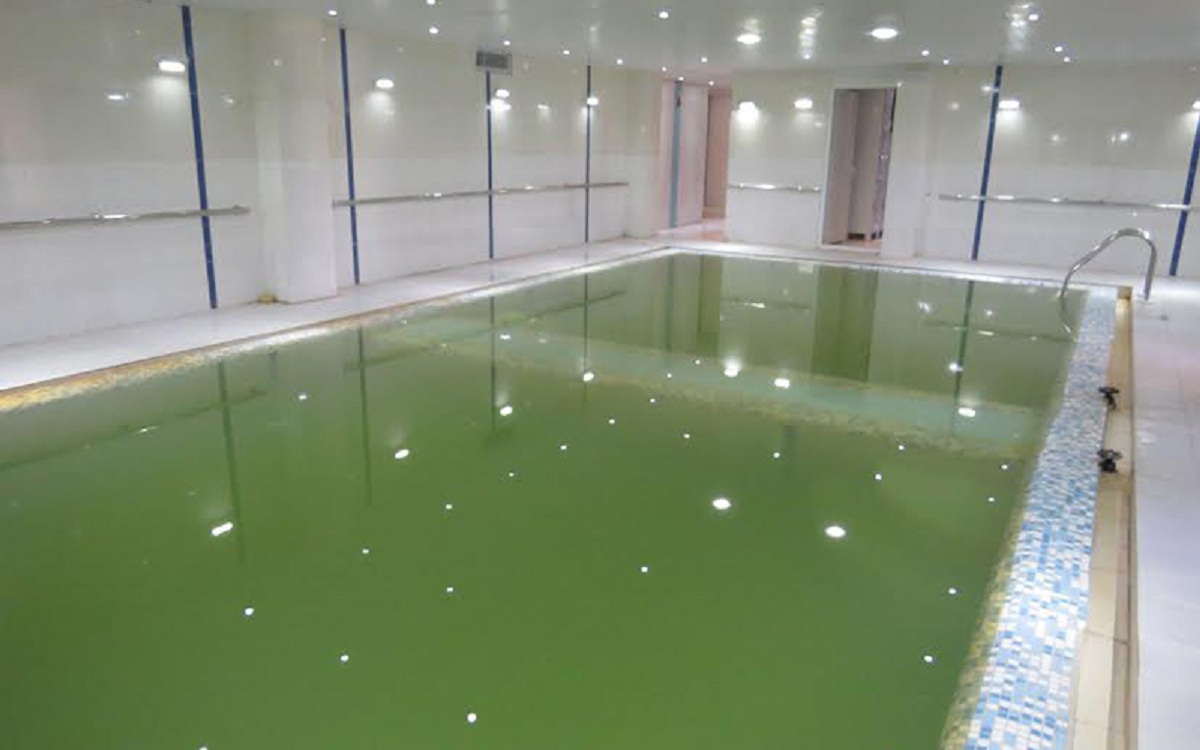 Near the city of Mahallat, there are valuable hot springs with many healing properties that have been in use for a very long time to this day. Hot springs include 6 springs called Rheumatism, Sulaimaniyah, Shafa, Dunbeh, Hakim (the temperature of the Wise Springs is lower than other springs) and Soda (Bakhtiari), due to its amazing mineral and therapeutic properties, including radon gas. Locals and tourists all over Iran.

Neighborhood hot springs are rich in minerals, pharmaceuticals, and therapeutics, and are among the best in hot springs due to the availability of radon in the country. These springs are also deep-water hot springs formed from the vapor of the burning rocks that form inside the Earth's crust and flow to the earth's surface. 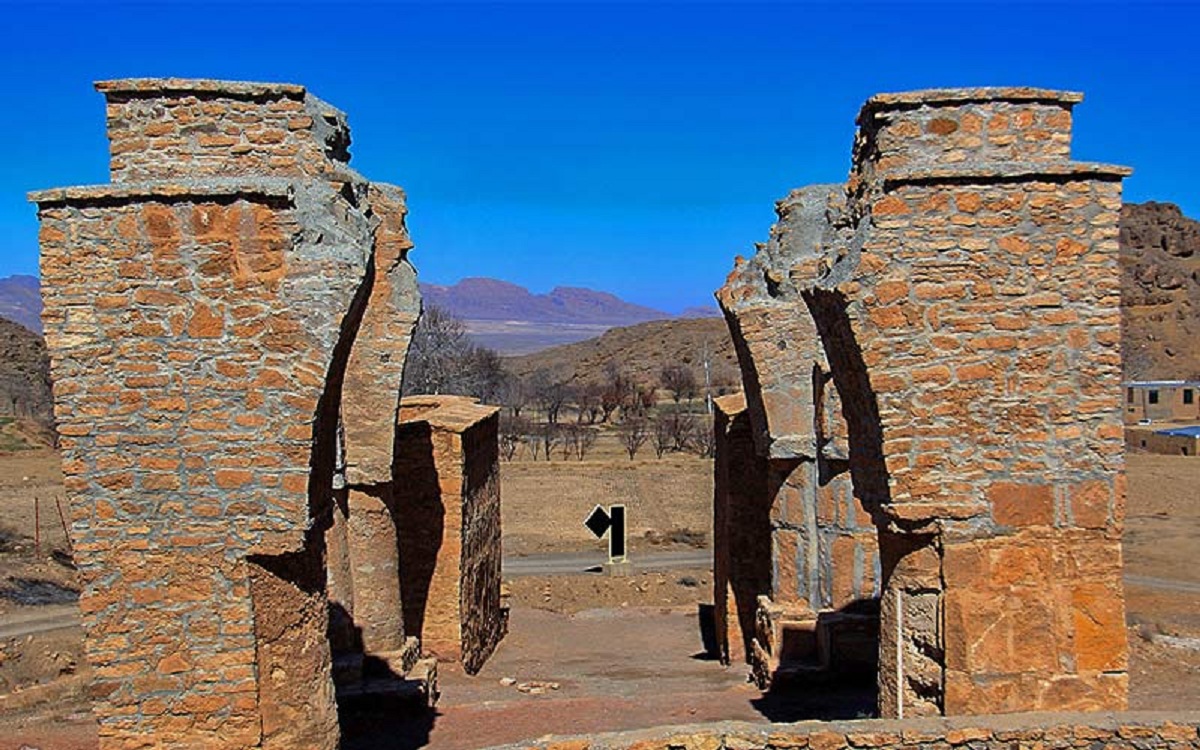 The remains of the Sassanid era are located in the village of Atashkooh Nimour, a suburb of Mahallat, which is known as the Atashkoh altar. Chimagiri Neymour is another name of this monument, which consists of the three main parts of the Eastern Hall, the Western Hall and the corridor and today hosts many tourists from all over Iran and the world. 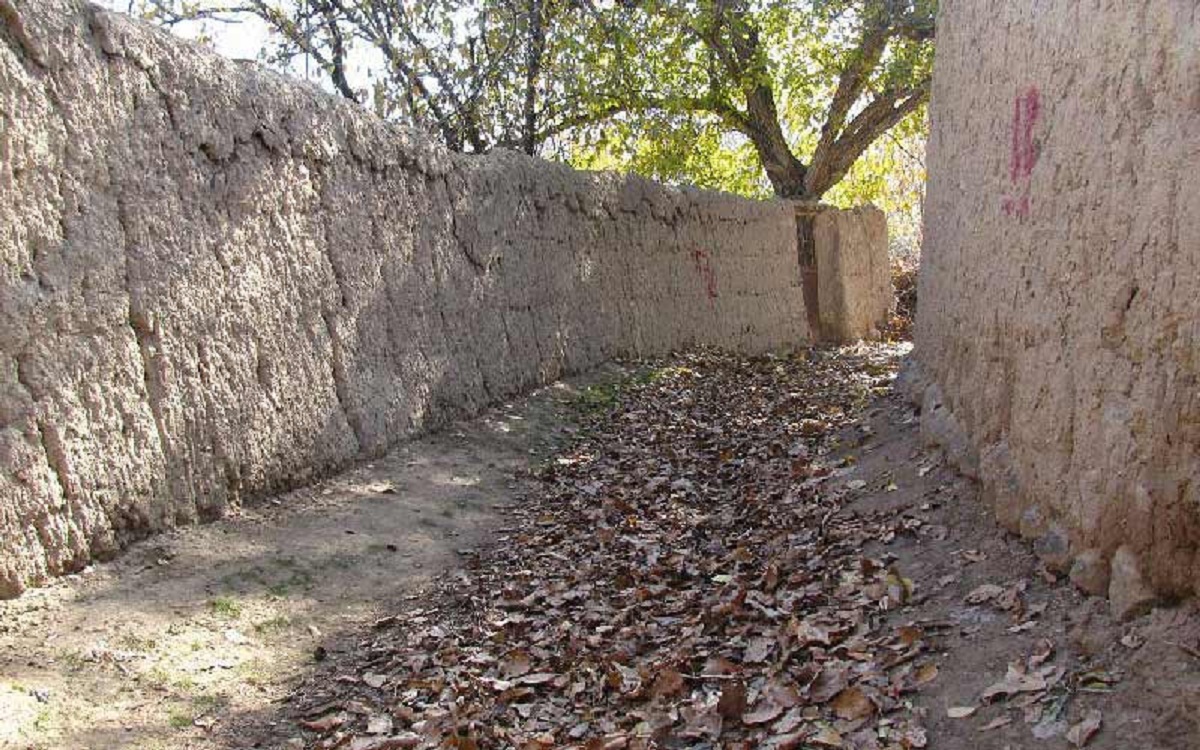 In the northeast of Mahalat town, in the vicinity of the villages of Verin, Dodak and hot water districts, is a beautiful and ancient area known among the locals as Khoreh. Korea means "the place where the sun rises". Also, the word "Khor" in the book of Avesta means a rural area which due to the climate and climate of this region is known as Khoreh. Given the presence of monuments in Khorhe, it seems that human civilization has existed since the second millennium BC. 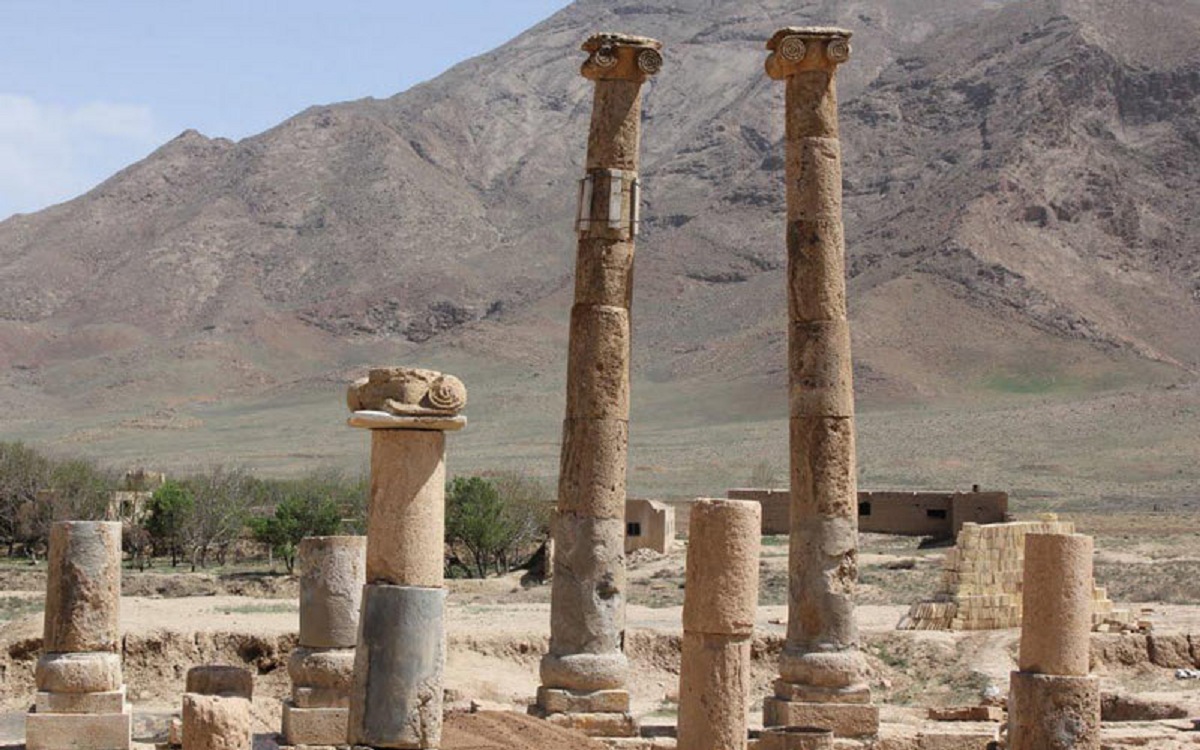 As noted, Khoreh is one of the oldest human settlements in the central province and the city of Mahalat, which has become one of the most beautiful places and tourist attractions in the presence of monuments and pristine nature. Among the remaining works in Korea are circular columns, which have been used in the construction of the columns by the Ionic style (a particular style of Greek columnization derived from the Ionian style of architectural style). The historical pillars of the Khoreh date back to the first century AD. These columns appear to be part of the Arbabiyya mansion built in the first century BC. It is interesting to note that due to the type of architecture carried out on this building, experts initially believed the structure to have belonged to a fireplace in antiquity, but according to the discovered documentation, archaeologists have introduced this monument to the master house. Have. 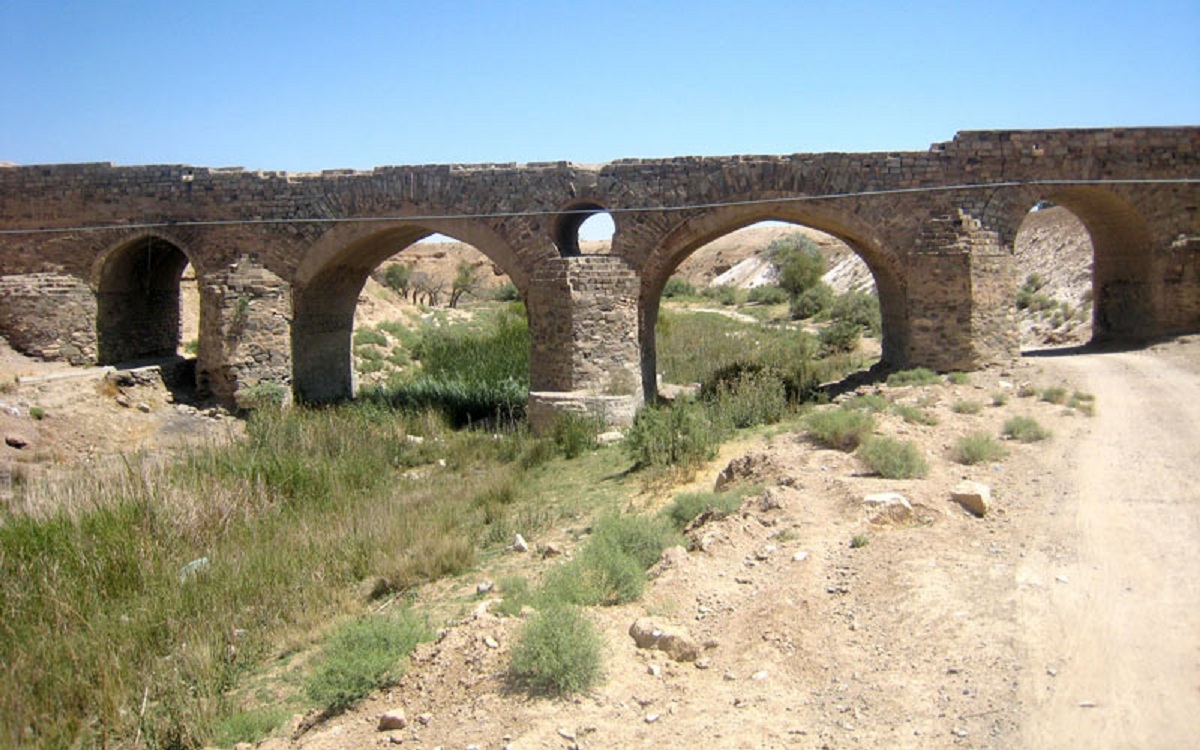 In Bagharabad, one of the villages of Mahallat, a bridge dating back to the Qajar dynasty is said to have been built during the Russian invasion of Iran. The creators of this monument, using the stone to build it, have provided a valuable memorial to future generations. Unfortunately, floods in the area damaged the bridge and were repaired with the help of time officials. 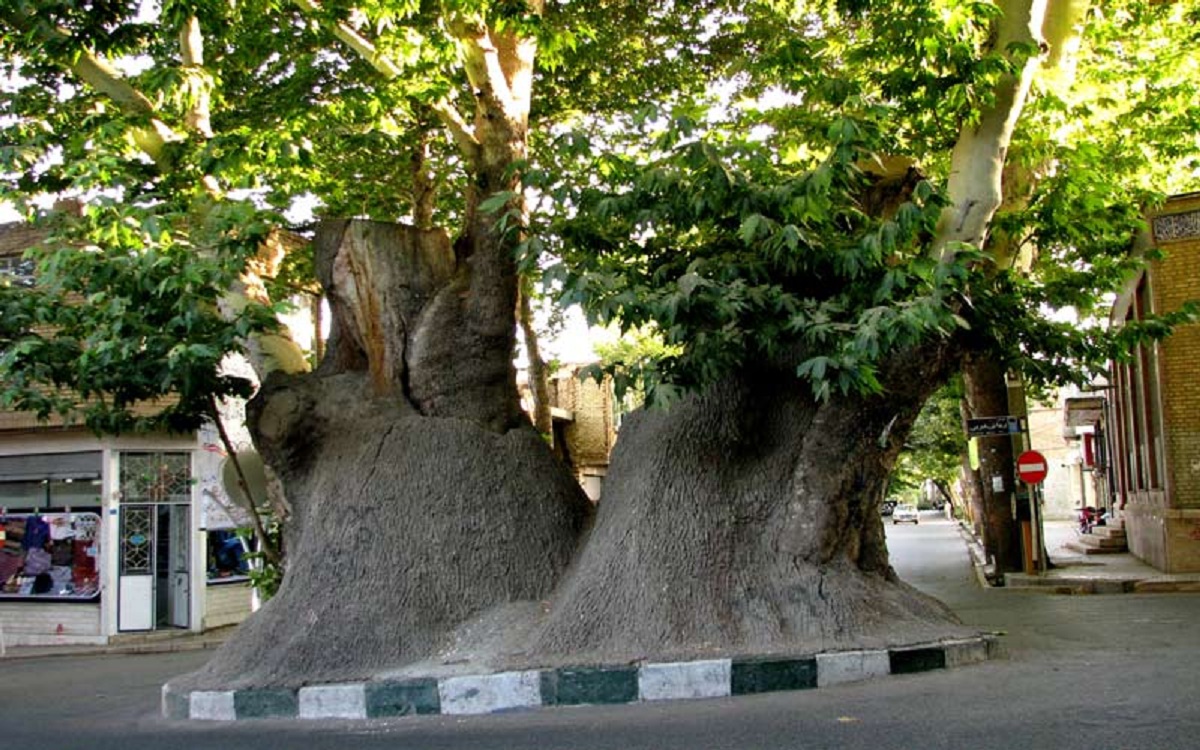 The presence of sycamore trees in Sarcheshmeh Street for millennia is one of the most distinctive features of this city. The old mill of the neighborhood, 2,000 years old, is the historical symbol of the city. But the sycamore tree, located in the city's Chennar Square, is a historic symbol of the country that scholars have estimated over 2,000 years. A thick and beautiful tree, which along with other natural and historical monuments of this land, has become another tourist attraction. 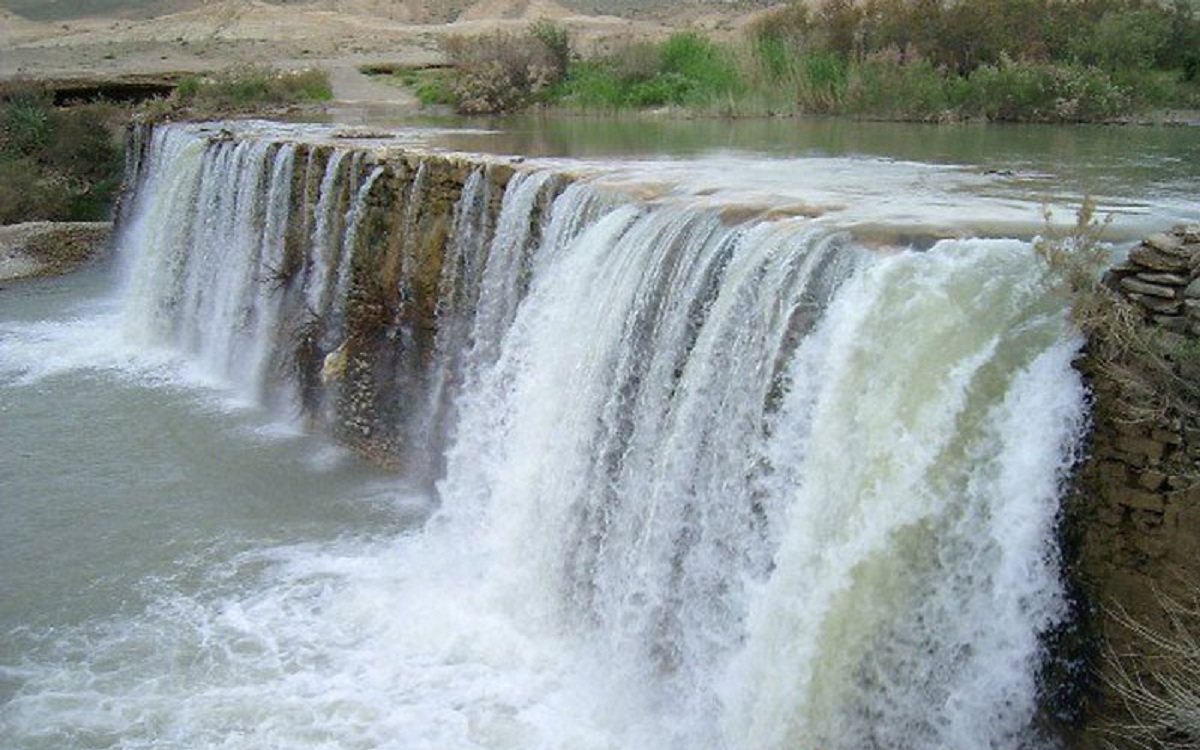 Another tourist attraction of Mahalat is the ancient Neymour Dam, known as the Neymour Dam and is one of the oldest structures built to store water in the city. The building, which has a history dating back to the Sassanid era, has become one of the people's favorite resorts because of its pristine landscape. 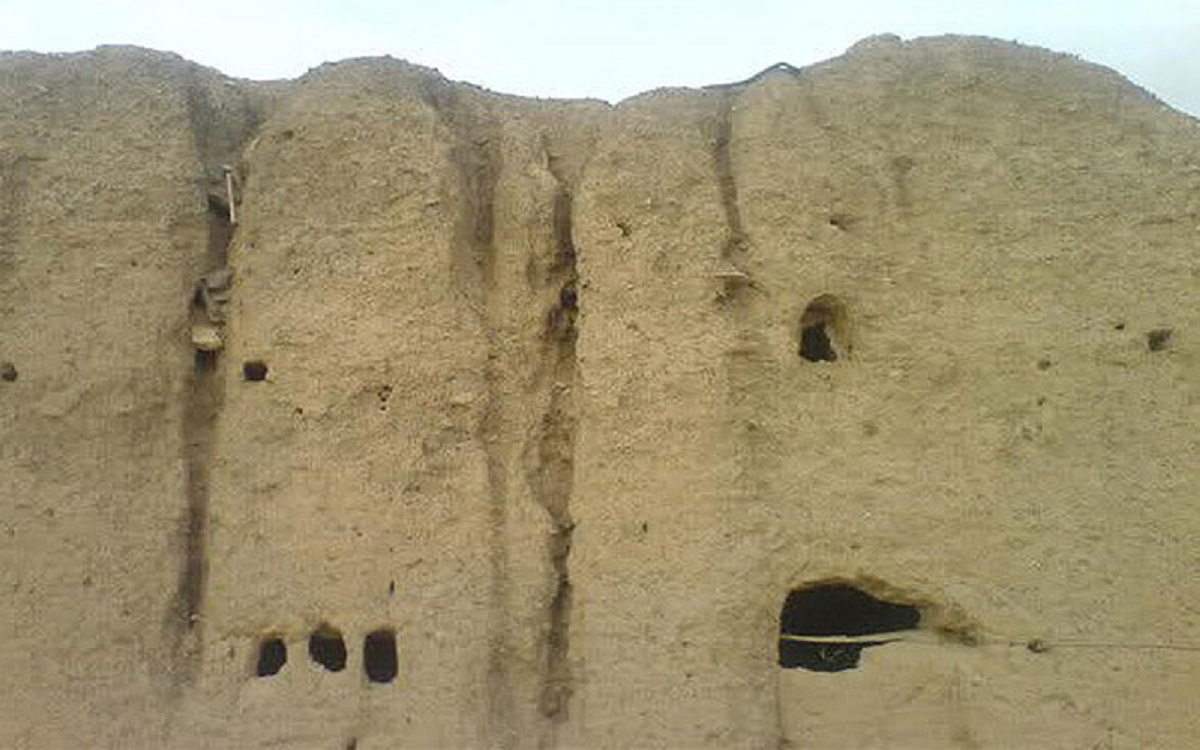 Jamshidieh Castle is another remnant of ancient Iran that is distinguished and exemplary among other historical castles due to its high security and considerable resistance to attacks and enemy infiltration. It is interesting to note that some historians believe that the existence of this precious castle during the Afghan invasion of Nimur saved the people of this area from the country they had sought refuge in. The construction of the hall on the castle door allows for the presence of up to 20 shooters in various directions, as well as the unique and unique firefighting equipment intended to protect this wooden gate, which is an architectural feature of this monument. Unfortunately, various parts of this tourist attraction are on the verge of collapse, which requires authorities to prevent it. 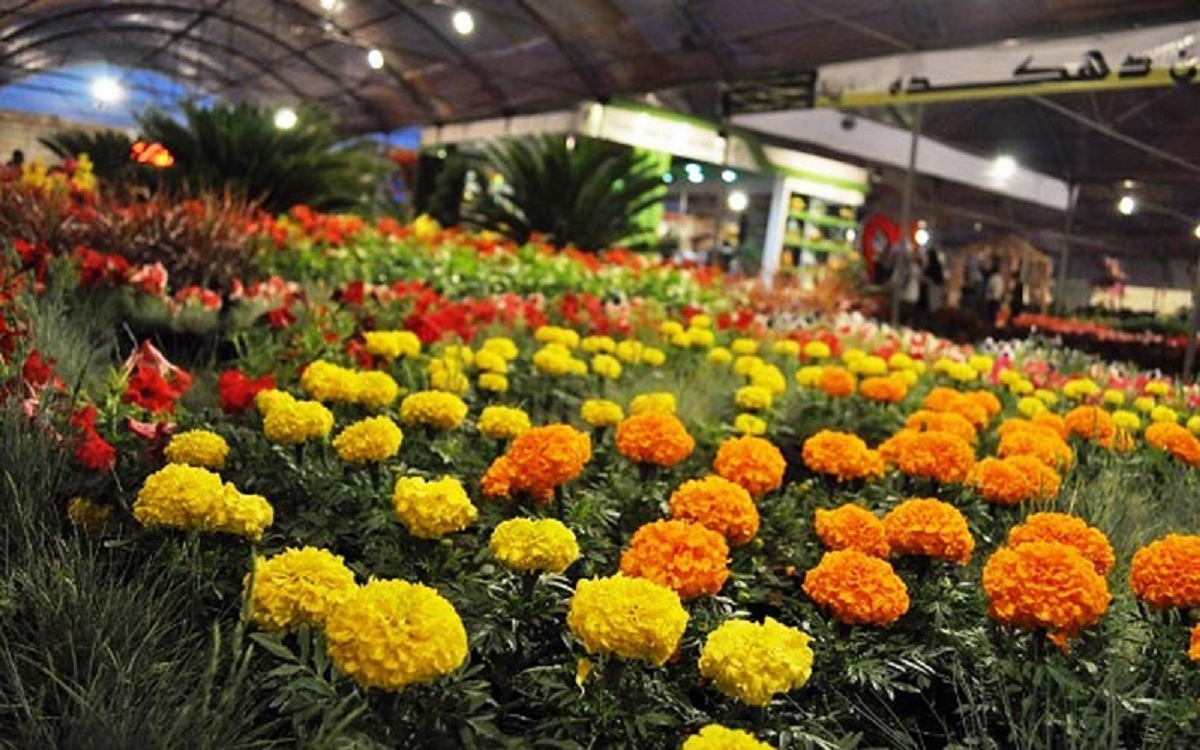 Neighborhood Flower Village, with an area of ​​about 110 acres making it the largest flower growing village in the country, is another of the most popular places for any tourist to visit. Creating a suitable place to grow, procure and distribute all kinds of beautiful flowers in this region of the country has made the process of preparing flowers for tourists and visitors easy and far from worrying.